View gallery
In the middle of Zadar's archipelago, surrounded by the crystal blue sea, beats the heart of Adriatic. Heart-shaped Galešnjak is a small island situated in Pašman canal, whose shape was drawn into the maps almost 200 years ago in the Napoleon era.

However, the island became famous in 2008. when its heart shape was photographed by Google Earth. Shortly after being discovered, the island was added to a very particular list of heart shaped natural phenomenon of Croatia and therefore becoming the most interesting island of Zadar's archipelago.

The island's surface measures 0,132 square meters, but although quite small, an amazing confirmation of its popularity might just be the information that it was listed on the Forbes list of most romantic Valentine's destinations.
It is so popular that even a world famous singer Beyonce celebrated her 39 birthday on this magical island.

Interesting facts about island of love

Galešnjak is situated in Pašmans canal with the island of Pašman behind it looking at the vast sea, and village Turanj on the coast. Even though the island itself is not inhabited, and there are no man made objects on the island, in the middle of 2019, a group of researchers found proof that life on Galešnjalk was once there.

According to the investigation of the university in Zadar, the island was inhabited in the older phase of the young stone age, before approximately 7000 years ago.
Galešnjak and the nearby island Ričul were connected with a very interesting object for that time. The connection between those two islands was a stone construction which is considered to be a huge take for the era it was built in.
The discovery shown this is actually the oldest underwater construction in this part of Adriatic sea which was built around 6100 to 5400 years before Christ, making it the fourth site dating from older neolithic together with other sites in the area like Crno virilo, Smilčić and a spot near Nin.

But there are more interesting stories about this island. On March 17th 1177, roman pope Alexander III (1159-1181) visited this island.
The pope was traveling from south of Italy to Venice on the Croatian side of the sea. On its destination the entourage stopped in Pašman channel between Galešnjak and island Ričul.
The pope sent a messenger over to Zadar, to inform the archbishop and the mayor about the time and date of its arrival to the city.
Coastal guards of Vrgada, Pašman and Ugljan informed the public with smoke and fire about the arrival of the pope. The citizens of Zadar organized a warm welcome worthy of the guest visiting.

Whoever you ask about this magical island confirms how truly special it is. No wonder it is often chosen as a destination where young couples decide to confirm their love by engagement. It is also one of the best locations you can choose for a very special Valentine's day. Can you imagine the silence of nature, the calmness of the winter sea and your loved one near you , on the island of love. Hardly any other place can offer such a romantic vibe.

If you are having your holiday on the island of Pašman, it is definitely worth adding Galešnjak on your bucket list, and see for yourself what hides this heartly island.

No better place in the world to declare love to a soulmate but the island of love, don't you agree?

In the middle of Zadar's archipelago, surrounded by the crystal blue sea, beats the heart of Adriatic. Heart-shaped Galešnjak is a small island situated in Pašman canal, whose shape was drawn into the maps almost 200 years ago in the Napoleon era. 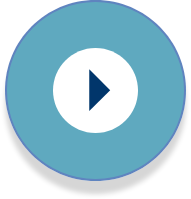